Which countries do you cheer for in the Olympics?

Alex: Yeah, me too you know, ah I’ve got uh, three countries to cheer for. You know, uh, being from Canada.

Alex: Yeah, you know, I’m from Canada (Canada) right, we both are and uh, my parents were born in Poland (mm-hmm) and of course living in Japan right now.

José: And, uh you know, you have your choice of countries, four choices of sports. uh, Canada, well of course hockey, (yeah) although we’re really good at a lot of stuff lately.

José: And Japan figure skating you know (yeah) um and uh, Poland is good at what again?

Alex: Uh, this year has been good for Poland, uh, ski jumping and cross country skiing. I don’t know about anything else.

José: Ski jumping? I I I, I wouldn’t think of ski-well, I don’t, I’m sorry I will confess my ignorance (mm-hmm) about Poland, but I really don’t know much about Poland, so I don’t even know what the terrain is like. It’s mountainous I suppose?

Alex: The southern border of the country is mountainous, right, the border with the the Czech Republic and Slovakia.

José: I can understand the cross-country part, I mean, you know, you’re you’re in that part of Europe so that’s… with the Finns and the Norwegians and stuff that’s all they do. They pickle herring and they go cross-country skiing basically. Oh, they’re good at hockey too you got to say that about the Finns and the Swedes. (yeah they are) I remember the very first time I saw an Olympics with their teams and I thought wow, I, they play hockey really well. I was really surprised. 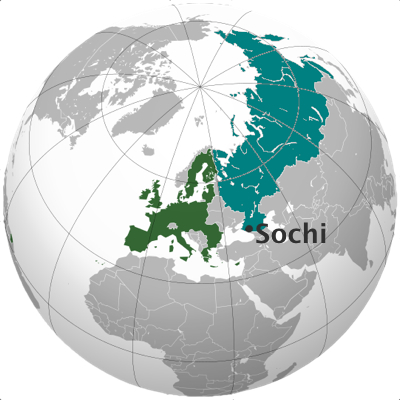 José: Which do you prefer though overall, winter or summer? I would guess winter.

José: Yeah OK. And that’s because of the Canadian thing?

Which Olympics do you like better, winter or summer? Why?

Why does Alex prefer watching the Winter Olympics?

This is the quiz for "The Sochi Olympics. Good luck.

José: Yeah OK. And that's of the Canadian thing?

Alex: Yeah, it’s to see Canada get all those , you know.

2. According to the conversation, which of these things AREN'T true?

Alex: ...we both are and uh, my were born in Poland and of course in Japan right now.

José: And Japan figure skating you know (yeah) um and uh, Poland is good what ?

Alex: This year has good for Poland, uh, ski and cross skiing.

5. Who's from Canada? Choose the best answer.

6. What are the Winter sports Poland excels at? Choose all that apply.