Do you worry about your skin?

Elizabeth Ford-Diprose: And It‘s looking at um, like tanning and lightening of skin…

Elizabeth: So it’s literallypopular in current English to add emphasis, but is often used improperly: “My brain literally exploded with anger.” (0:09) about skin specifically, not just about make-up and stuff. So I mean have (Oh why) you, have you ever had a tan, like a proper tan?

Elizabeth: No, I mean not like from the sun, a “machine” tan.

Hollie: No. No, the only time I tried self-tanning was with a tanning moisturizer but it made my knees and my ankles orange. (Haha!) I don’t trust myself.

Hollie: I accept that I’m pale. Move on with life.

Hollie: I don’t see the idea of a machine- machine tanning.

Elizabeth: What are they called? Tanning booths? Something like that.

Hollie: It just doesn’t seem healthy (I’m too poorpronounced, “POH” (0:51)) let alone, Well then how do they make their skin lighter, they inject it? or do they sleep on a “lighter” bed.

Elizabeth: I don’t know um. (A lightening bed) I suppose it’s like a cream? (Cream) Or a, (Cream?) Yeah (A cream?) That’s unusual they can do that.

Hollie: It would absorb it tho’ wouldn’t it, I don’t know.

Elizabeth: I suppose. I mean, the whole- I think there’s pigments in the skin that if they’re rearranged could change so, But, to be honest, Like I understand there’s a massive stigma right now about like- “White is beautiful, black isn’t”

Hollie: Well they do here. (quotation markswhen used in spoken English, conveys that the words spoken are not the speaker’s own ideas. (1:22)) Here in Japan white is beautiful. But compared to England tanning is more the thing.

Elizabeth: Oh yeah, olive-ya colloquial adjective made by adding “-y” to a noun or adjective (see “pastey” below) (1:29) skin is like (Yeah like) the ideal.

Elizabeth: Thank you. (Ha!) Um but um I actually read somewhere ages ago that that’s actually a problem in Japan, is that um the slightly darker- actually more olivey skinned people, aren’t as- when they’re put in magazines their skin’s lightened. (Well yeah) The same that- (Yeah yeah yeah) So I suppose it’s like, I don’t know. I don’t- (Do they probably) I mean personally I don’t see…

Elizabeth: Yeah but I don’t I mean like, I think skin’s all fine to be honest.

Hollie: You can see your veins if you’re pasteya colloquial adjective made by adding “-y” to a noun (see “olive-y” above) (2:12). What’s the point?

Elizabeth: Unless you’re like I don’t know, like blue. Well that’s a bit dangerous. But like, dark skin- (Oh blue) One’s not more beautiful than the other. It depends on everything else on the body to be honest. (Ha ha) If like if like, as as well as the skin, like if you’ve got. If you’ve got, like really really lovely, really really pale porcelain skin or whatever but like you’re nose hits the floor.

Hollie: I was about to say, you’re being really horrible! Now someone with a big nose Is going to be worried that they’ve got a big nose!

Elizabeth: Being really super- I love people. OK let me change it. If you’ve got like really beautiful porcelain skin, but you’re an asshole. Like there we go. That’s crap. It’s what’s within (It’s what’s wi-) Because if you’re a horrible person it doesn’t matter whether you’re olive, or you’re medium rare It matters if like (Medium rare!) Medium rare!

Hollie: It’s personal like, becausepronounced, “KUZ” (3:06) obviously I’m I’m pale but I want to be more tanned because everything looks everything looks better when you’re tanned all you’re muscles seem to come out.

Elizabeth: So would you argue that the whole lightening thing- you’d actually rather go an opposite way.

Hollie: Yeah well I like BEING pale. Sometimes it’s nice to be a bit golden. (Um) But putting putting pigments like these ingredients in your- onto skin is not going topronounced, “GONNA” (3:28) be good.

Elizabeth: No it’s dangerous, it’s dangerousan example of repeating for emphasis. (3:30). (Very dangerous) It’s t’s a dangerous mentality to have in the future- because…

Hollie: As well. The mentality I think is very important…

Elizabeth: Low self-esteem and you- the whole validation thing comes back in you’re not going to feel good enough because, (Mm) you’ve not got like…

Hollie: You have confidence issues.

Elizabeth: Really really good skin, or the colour skin people want you to have, or whatever.

Which do you prefer, light or dark-coloured skin?

Do you use sunscreen often?

Beauty Is Only Skin Deep

This is the quiz for "Skin Deep". Good luck.

Hollie: Well do . (quotation marks) Here in white is beautiful. But to England is more the thing.

5. Choose the meaning on the right to best match the one on the left.

Elizabeth: more olivey skinned , aren’t as- when they’re in magazines skin’s lightened. (Well yeah) The same that- (Yeah yeah yeah) So I it’s like, I don’t know. I don’t- (Do they ) I mean personally I don’t see…

Hollie: They’ve been to think that skin’s bad, (Yeah) so they’re want to lighten their skin. 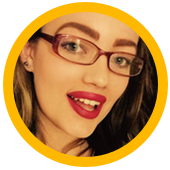 Continue practicing your English fluency with the related posts above, or navigate to other authentic conversations using the Previous and Next buttons below.
← Previous: Tests 2 Next: Elephant Poaching →
← Tests 2 Elephant Poaching →