Have you ever seen an elephant?

Megan Lowther: Uh so I’m going to assume that you’re against elephant poaching (Yes! Definitely!) the same as I am. Good good.

Megan: There is literally- It’s it’s all profit basically (It’s disgusting) It’s the only reason. Yeah.

Megan: Yeah. It’s actually, it’s not necessarily poaching, because it was legal, but there was that guy… who- what was it, he he was shooting elephants and then it fell on him as it died. (Good!) Yeah. (Good!) I was likemeaning: “my thought was:” (0:28), “Well that’s risk you take.”

Megan: Oh and another thing, um I was reading on Facebook recently um I think it was this morning actually, that Theresa May (Oh god) was something about you know, um the ivory trade, (Mm-hmm) something about kind of not really wanting to have – um, what do you call it, what’s the wordMegan was trying to remember the word she wanted to say (0:49), restrictions on it anymore? (Right) which doesn’t surprise me in the least (Well no) because of the whole fox hunting thing… and that.

Hollie: Well yeah. (So) Well she doesn’t seem to want to have too much of an opinion on anything, does she?

Megan: I don’t think she- she just doesn’t care about animals. I think that’s the problem.

Hollie: I don’t think she cares about anyone really. (No. So) But no, in terms of elephants, (Mm-hmm) specifically and not Theresa May. (Yes) Yeah it is disgusting. So is is poaching illegal in Africa then? Becausepronounced, “KUZ” (1:15) I thought it was illegal.

Megan: I think poa- poaching is the illegal version of hunting so… (Right) Because I know there are game reserves where you are allowed to to go out and hunt and take things. But I think because- I don’t kn- I know rhinos especially you’re not meant to (Hm) touch them. So there’s a lot of um- there’s almost almost like a military…There’s these rangers who kind of stop people from poaching these animals (Hm) like um because it’s really- it’s a huge problem and the fact that obviously a lot of the time it’s not even- you’re not-Megan corrects herself twice without losing any of her fluency (1:44) they’re not even using the entire body of the elephant. They’re literallyoften used in current English to add emphasis to a statement, but is often used improperly, e.g.: “My brain literally exploded with anger.” (1:48) (Hm) hacking off the tusks (Tusks) because that’s where that’s where the money is. Um it’s such a huge waste. It’s absolutely terrib- terrible. I don’t know, it’s having an impact on Africa itself because um the ele- the elephants obviously, like, it says here that they have a sort of impact on the environment and they can help (Hmm) to shape the land (Yes) So what kind of devastating sub- it’s devastating at the moment, because i hear a lot of excuses for hunting is that you know, “Were controlling populations, and we’re stopping animals from (Yeah) destroying the place.”

Megan: Yeah but obviously it’s the opposite way. They’re killing these elephants and then it’s- it’s stopping um, environmental change.

Hollie: Well it says here, doesn’t it, “the grasslands of Africa might not exist without the elephant”.

Megan: Yeah, it’s literally that big a deal. So it’s something that really needs to be sorted out. (Controlled) Yeah.

What do you think of big-game hunting?

Do you own anything made of ivory?

Hunter dies after elephant falls on him

This is the quiz for "Elephant Poaching". Good luck.

Megan: I don’t think she- she just doesn’t about animals. I think that’s the .

3. Which of these are NOT excuses hunters use for killing elephants?

Hollie: Well it says here, doesn’t it, “the grasslands of Africa might not exist without the elephant”.

Megan: Yeah, it’s literally that big a deal. So it’s something that really needs to be sorted out. (Controlled) Yeah.

5. In the last part of the conversation, Hollie says, "Well it says here doesn't it?" What was she probably doing at that moment?

Megan: There’s these who kind of stop people from these animals (Hm) like um it’s really- it’s a problem and the fact that a lot of the time it’s not even- you’re not- they’re not using the body of the elephant. 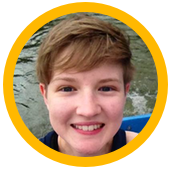 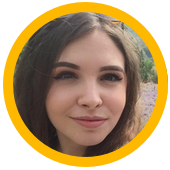