CONSIDER Do you know many people with accents?
MP3

José: Thank you very much for uh, giving us the time today. (No problem) You’re Irish.

José: OK to be honest with you, when I first started talking to you, I couldn’t quite tell.

Shane: Why was that now'Now' placed at the end of any statement or question add emphasis. (0:12)?

José: I know you’ll probably be offended, but I have a hard time at first discerning Irish accents from Scottish accents. (Oh no) See I told you! I told you!

Shane: Well, they’re- They are totally different. Uh but maybe not to the North American ear.

José: That’s exactly what I was about to say. I I’m sure that especially because the Irish and the Welsh, and the English and and the Scottish and everybody else have such a long, what? thousands of years of history between them and animosity between them that there’s a lot of difference But I think for a lot of people even North Americans, to us it’s all Britain. (Yes yes) And and that’s- I’m sure that’s offensive to you, isn’t it?

Shane: Well it’s not offensive really. You know, uh when you’re younger you take offence perhaps you know, but when you get a bit older you mellow out a little bit and you can understand why perhaps people think like that you know.

José: But it- does it does it- I wanna sayJosé says this very quickly and almost inaudibly. (1:06)– maybe “offence” is too strong a word but it does kind of bother you, “Why can’t you understand? I’m not Scottish. I’m not English.”

Shane: Mm. you have to- you have to give people some leeway also you know. The other side of the coin is that when I listen to an American and a Canadian speak, sometimes I have difficulty uh determining like, which is which you know.

Shane: Yeah. But it’s only once you’ve met Canadians and Americans for quite a bit which you tend to do here in in Japan, right? Is when when you’re able to determine like who’s Canadian and who’s not Canadian; like who’s American and who’s not American

José: Were you able to determine that about me when you first saw me? (No) Really? (Yeah) So you you you- So for the longest time you thought I was American?

Shane: I would- I would have leaned towards American. Because you seem to have a softer, you seem to have a softer uh accent, you know (Ahh) when you compare it to Canadians who are perhaps just off the boat, you know. Uh they- They’re more like “ehCanadians are famous for their tendency to often place, 'eh' at the ends of their statements or questions. (2:55)” isn’t it? Isn’t it, “eh” and that kind of

José: I don’t know if it’s because Canada is more multi-cultural country and we have it at the forefront of our minds to be multicultural, and I don’t know if it has anything to do with my background being Pilipino, being born Pilipino and Pilipinos are naturally multi-linguistic but I find, and I think even Alex Bodnar another Canadian and Andrew Zitzman another Canadian, when we talk among Canadians our accents come back, and when we talk among non-Canadians we talk in a completely neutral way and we don’t say “eh” (Hmm) But especially when me, Mike Berg and Alex Bodnar are sitting around watching hockey, we start swearing like Canadians and we all start saying “eh! eh!”

Shane: But you do find that, like I mean if I go to Ireland for a couple of weeks, my accent would become much stronger (Really) you know. And then if I came back to Japan like people will say “Ah I know you’ve been back to Ireland because your accent is- has be- has become stronger”. And it does do that because you go home and you’re surrounded by people who- who you understand easily and you fall back into the idea (Sure) of speaking like everyone else, you know.

Do you have a favourite accent? or accents you don’t like?

What accents are difficult for you to understand or tell apart?

We don’t have any pointers for this conversation, but if you have a question, please ask in the ‘Comments’ below. We might use your question as the basis for a future pointer.

Image courtesy of The National Library of Ireland 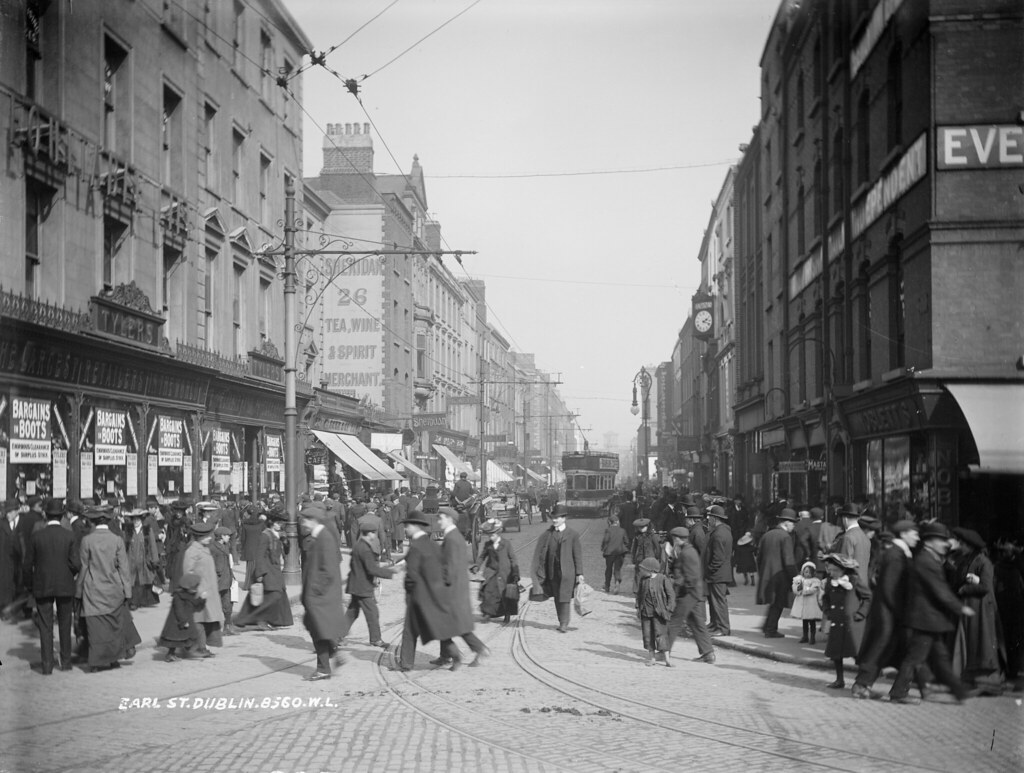 This is the quiz for "Accents 1". Good luck.

José: OK to be with you, when I first talking to you, I couldn’t quite .

Shane: Why was that ?

Shane: They are . but maybe not to the North American .

José: That’s what I was about to say.

Shane: sometimes I have uh determining like, which is which know.

José: Oh we hate that.

Shane: You just me.

Shane: : I would- I would have leaned American.