Do you think your government does a good job of teaching English?

Charlie Bell: Yeah and it’s- it’s- and that’s something they teach, isn’t it? That’s what (Yeah) these juku cram schools teach. (That’s right) How to- it’s not how to- it’s not knowledge (learning) it’s how to pass tests.

José Cruz: Yeah that’s right. That’s right. That’s right. (It’s it’s ridiculous) And and that just couldn’t- it just creates a complete mindset that is separate, that is the opposite of learning language for communication. OK, I said my thing and I should probably ask you. I said my thing that out of many of the things that I would change, I would choose the one easiest and most implementable thing to change which is to hire English teachers that actually could speak English. And I’m not even (Yeah) talking about changing the curriculum. Of course that (And) needs to be changed and…

Charlie: And it doesn’t need to be native speakers.

Charlie: So Japanese that can speak English.

José: Now that was my thing. What’s your thing? What would you choose as the one most implementable but effective change that you could make in the English education system in Japan?

Charlie: Uh I would- Personally I would remove the focus on- You know because they start off at junior high school a lot of them have never had really any experience with English. What I’d do is take the focus on grammar away and just start from you know basics. You know grouping things and matching things and pictures, and you know, getting people to say stuff. The focus on grammar is so unnatural. It’s an unnatural way of learning I think. You know these are the rules of how to speak, now speak. (Mm) It should be about trying to speak, you know using- Uh I don’t- It’s too difficult to explain.

José: No, I I understand but the- (I don’t agree with) Taking away the grammar focus.

Charlie: And it’s just it’s- just there’s- and it and it gives them the the idea that’s there’s only one way. Which is- you know, it’s demoralizing and then if you don’t get it right you know you don’t get points. But then you know just because you haven’t you know you haven’t- you haven’t formed the grammar correctly doesn’t mean that (Not at all) you know that you’re not a good communicator or whatever.

Charlie: Well, what (But) do you think?

José: I think, because this is my experience at (Mm hmm) the university. The university gives me a whole bunch of different classes that are levelled. And they go from supposedly top level “A” to bottom level “E”. Now in my personal experience, because I teach communicative, fluency-based um speaking classes (Yup) sometimes I get these A-level kids that are worthless at speaking, cannot communicate- although they’re really good at taking a test (Yeah) and on the other hand I get supposedly a super low level class, and it turns out these kids are a blast they’re so much fun, they have interesting ideas. And their their grammar is completely screwed up, but they got great ideas, and I love speaking to them.

Charlie: They’ll give it a go.

José: They will. (Yeah) So these kids that scored zero, they’re being told early on, when they’re 14, 13 years old, “you’re a zero”. But it might be (Mm) They might actually- don’t even know that they’re hiding it. They’re hiding true English skill but the ministry the way they grade doesn’t uh think it’s important- because there’s nothing in here about communicative skill. Because of course the ministry doesn’t care if you have any communicative skill. They will say, “Oh it would be nice if you did, (Well they’re) but really we want writing and reading”.

Charlie: The headline now nowadays, if you go on their- on their website or read any information you know about their their strategy towards English teaching it’s all about active learning and you know and don’t worry about- don’t worry about grammar and just give it a go and measuring on trying, you know it’s all about “tried to” not “can do”. But that’s complete rubbish. That’s not what they’re- You know they they say one thing and do something completely different.

How would you teach English if you were a teacher?

What are the best methods for teaching or learning a language?

This is the quiz for "Teaching Communication". Good luck. 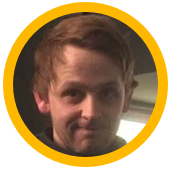 Continue practicing your English fluency with the related posts above, or navigate to other authentic conversations using the Previous and Next buttons below.
← Previous: 20 Years Next: 20 Years 2 →
← 20 Years 20 Years 2 →