What sports did you play in school?

Colleen and José continue their conversation. The first part is at the URL below:   https://goldfish365.com/accents/learning-to-exercise/

José Cruz: You took (Um) an entire semester to learn how to play volleyball? (Yes yes) How many classes a week?

Colleen Mathieu: Uh, I think it was only once a week. It was only like a one-hour credit course, so it must only have been once a week.

José: Oh my god, OK. (But uh) OK, I’d, I’d- I’d never heard of the idea that you know, like, taking- because I’m- but I’m a klutz myself, OK. So I’m not a big sportsman or anything, but um. Was that a normal thing at your university; a class for volleyball?

Colleen: I think they had- so to be considered a full time student you had to have (Uh huh) a certain number of um, hours; like credit hours (Uh huh) and so a lot- they had sports classes. And a lot of them were only one hour but it was enough just to put you in your full- uh, full-time student status (Mm hmm) or something. I don’t remember exactly. (Mm hm) It’s obviously a long time ago since I’ve been in university. (Mm hm) Um but they actually- so they had ice skating. Um (Ice skating) So yeah, because we had, we had a- an ice rink. I’m from Michigan, right. So of course we had an ice rink.

Colleen: So I took, I took figure skating classes (At uni) Yeah. Um and then tae kwan do, I had that. I- I took that as well.

José: Oh that’s great, OK. That fits right in there.

Colleen: Um they had I believe they had- what is it- is that squash where it’s like tennis but you’re bouncing it (Squash) against ball- the wall?

Colleen: OK. So, but they had, they had a class for that I believe. Um (Really) yeah yeah, they had- but they weren’t every year. It was just like if there was somebody available (What) to teach it.

José: Oh, OK. These aren’t credit classes, are they?

Colleen: It’s a one hour credit.

José: They were credit classes? (Yeah) You could actually put that as a- as a- really? OK.

Colleen: But I don’t know, I don’t know how much it would actually apply toward your degree, unless perhaps you were doing a uh, sports medicine.

José: Kinesiology or something that.

Colleen: Yeah yeah or something. Right.

José: That would kind of make sense. But like, (Um) Because um, at U. of T.– Well OK, maybe things are different now. It’s thirty years later, but if I remember properly, again like you said, unless you were sports medicine or kinesiology or something like that, for people like me in the humanities, you could use these wonderful you know, the- We had two- had a building that had two pools (Yeah OK) in the building. And then it was like, literally I think it was like ten floors. And it was different gym facilities on every floor. And U of T called it like, “fort jock” because it was just a gigantic building full of like gymnastics and weightlifting and then basketball courts (Mm mm) just a giant building in the middle of downtown Toronto. And you could use it but you- at least for me, there wasn’t even- it wasn’t even a thought, a question like, could you get credit for that?

Colleen: Yeah, I think. But like I said, I think it was for like, because I was humanities. I think it was like, if you needed- and I can’t remember exactly, but it was just to get into your full time student status. And I’m not sure (Wow) if that meant that your credit hours overall were just a little bit cheaper or not. I can’t remember exactly why (OK OK) but I remember using it as a- um, I did take courses just to make sure I was like within a number of like credits or something. Um…

José: At um, the university I thought it was already kind of um, whimsical that uh these kids at the university have PE, physical education (Yeah) as a required course. Um, it’s not a choice (Right) it’s not like just to get you to full time status or anything but you have to take PE and it’s like, junior high school. And I thought, What? What is this? This is a university (Yeah) Come on you guys study harder. Like study real- use books. And apparently they have to take this. Uh, I think only in first year though.

Should universities give credit for playing sports?

Try to summarize what José thinks about university sports classes. Do you agree with him?

Not Enough Exercise Leads to Sickness

This is the quiz for "Learning to Exercise 2". Good luck. 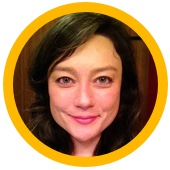