How many languages can you speak?

José Cruz: But what about like um, your high school subjects? (High school) History and Geography?

Rhys Tramacchi: Again I found high school was pretty easy. (Ah) I did like, classes like Physics and uh Chemistry, Maths A, advanced Maths and second level advanced Maths.

José: Really? (Yeah) OK because Brits do that but North Americans don’t. (Heh) Canadians even tho’ were in the Commonwealth we say “Math” like Americans- (Yeah influenced) Like Muricans(Murica) Muricans, Um sorry, I interrupted you yet again. (Yeah) Uh so you found Maths and History easy.

Rhys: Yeah (Sure) and I wanted to go to a good university, so…

José: I- I’m pretty sure you’d be wasted in accounting, so you might want to change your mind on that ha ha, uh…

Rhys: That’s that’s kind of what I thought after I came, but- well I didn’t think I’d be wasted. I va- not even like- It’s just not really for me.

José: No I mean you’re going to get a good job and probably a fine income. But uh- I- I- Now that I’ve talked to you, I cannot see you as an accountant. You’d- it’d be a waste of all your langu- Unless you became an international accountant with international clients all over Southeast Asia.

Rhys: Well at the time when I was studying accounting, I couldn’t speak other languages and so. People often said, “Oh yeah, you’d be a good accountant. Like you sound like, you’re an accountant.” Like…

José: Well what does that mean!

Rhys: What does that mean?

José: Ha ha. (Yeah) That’s almost an insult. Um yeah but maybe- I don’t know. Having languages is an awesome weapon (Mm) I mean it it complements everything. Uh it- If you’re going to teach languages um of course you should be a polyglot, much less bilingual. Uh it’s almost shameful sometimes how much- I think about, um even at this university the number of instructors here especially the engl- sorry,— the English instructors here who really only speak English.

Rhys: Really? (And) But how do they survive? (Because it’s English) But they’re in Kitakyushu, there’s no English speakers. How do they go to like, the town hall? How do they (Well) order taxis or whatever?

José: Well it’s easy enough to say, “Taxi!” Heh heh. (Ah right) Right? So you can get away with that especially if you’re white, and you’re tall, uh and you’re blond (Ha ha) Uh you can get away with um basically speaking at people in English. But it just seems to me that um- How can you have understand- have any empathy for your students, if you don’t know what they go through with languages. I mean, a- at least learn another another European language. At least learn Spanish or at least learn German, so that you know what language learning is like. But there’s an awful lot of people even now, who basically speak only English and because it’s English they make all their money with that.

Rhys: Really. Yeah I think it’s important to understand like, what your students are going through. If you can’t empathize with them, like you’re not really going to be a good role model or exemplar or a teacher.

José: And and, there’s an- there’s an argument to be said that, “Well you know, If I only speak English, then that forces the student to ask their questions in English. (Yeah) Good enough, but there are some questions that really are more efficiently asked in the target language. And can you imagine an Australian university seeking an Arabic teacher, and hiring somebody who doesn’t speak English?

Do you want to work in an international setting?

Is learning a language helpful in advancing a career?

This is the quiz for "Language & Careers". Good luck. 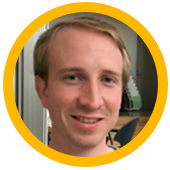 Continue practicing your English fluency with the related posts above, or navigate to other authentic conversations using the Previous and Next buttons below.
← Previous: Obesity Next: Gender Discourse →
← Obesity Gender Discourse →