What sacrifices are you willing to make for your dreams?

José Cruz: I don’t mean to like, um ask a question that might prove uncomfortable or anything but if we’re on the topic… (Mm) Um you chose a life, to save all of that money that you, now in retrospect when you talk about it, and you said this on your videos too, that it was basically you (Mm hmm) selling your soul and making great compromises with what it is that you even think um uh was was actually the right thing to do. And if you were to go back, number oneJosé corrects himself mid-sentence to insert this phrase as he realizes that he wants to ask two related questions, (0:28), if you were to go back and do it all over again, would you do it the same way?

Samantha Edwards: A hundred percent. (OK. And…) Um a hundred percent. And and even in relationship-wisea colloquial use of “wise” meaning “in terms of” (0:37) -wise. Because all of my relationships have failed. And I understand because I didn’t give them the time that they wanted and I didn’t give them the attention that they wanted because my plan was to get this future set up for us, not just me, for us. And it was always to share share share. Share, and I’m doing this for them. But you know whata colloquial phrase used to draw the listener’s particular attention to what the speaker is about to say or conclude (0:56) at the end of the day, money didn’t wake up and tell me it didn’t love me anymore. (Mm) And maybe that sounds like the most materialistic thing from somebody, but if you’re not willing to stick it out throughSam meant to say, “with” (1:06) somebody through thick and thin, or be able to work this hard as that person is working for that partnership then you don’t deserve it.

José: Mm mm um, uh that uh opens up a whole bunch of things that, I really wa- I really admire what you’re saying, but I don’t want to lose that train of um of questioning that I wanted to ask you, so (Yeah) you’d do it all over again. Um but let’s say, uh you know, dancing itself, as you said, it- it, you feel weary, you feel psychologically drained, you feel physically drained because of the things you have to do while you’re dancing. You have to put on a mask while you’re dancing. You have to pretend so much. Uh if you weren’t able to do that do you think you would have been able to pull this off? Because that’s- that was a lot of- You know, you sell your soul, but you sell it for a pretty good price. And that’s what (Yeah) allowed you to you know, um make your money, put away your nest egg, buy your properties and get you into this position. Do you think it would have been possible for you to get where you are right now if it hadn’t been for the fact that you you made as much money as you did dancing?

Sam: No. Not all, Um I think it definitely would have been tougher and I say that now because this last year the economy’s gone done (Right) Um and you know, going to work and making a quarter of the money you were making, you really start to to second guess yourself because what you have to put up with, by the derogatory comments, (The misogyny) Yo- you know the- Absolutely! The- and, or getting getting touched. Or or just people being rude. And you’re really like, this isn’t worth it. And I- you know- also I’d been doing this for ten years, and I was already at the point where I’m like, you know what I don’t deserve this. This isn’t a lifestyle for me. I don’t need to put up with people like this. However, I couldn’t imagine, if I had been doing it for ten years, like 96% of the girls that are out there, and had put no money away, and been in the position where I felt like I had to put up with it because I had no savings to pay my bills. And I think that would be the worst feeling ever.

José: Do you think a girl or a bo- or even a boy- I don’t know if a boy could do it, but- I guess they could but It’s just, it’s rarer. (Hmm) Do you think, working at a a normal job or nor- working at a normal career they could do or or follow the steps that you had, which is um; really work hard, put your money away, and then start your real career after you’ve made a bunch of money. Do you think that’s possible?

Sam: Um, yes and no. I mean there would definitely be different sacrifices, like like I was extremely lucky to make the money I- not “lucky” but you know, to make the money I did. But those sacrifices would be different. Yes, you may have to live with your parents until you’re 26-27 years old. Yes, you may have to have multiple jobs. You may have to drive your mum’s car. you know, but if you want it that bad, then you know it’s it’s that percentage of the money that you’re making that you have to put away. And so say, if your making you know, a thousand dollars a month as opposed to making 3,000 dollars a month it just might take you a little bit longer, but you know say you’re making 3,000 you’re able to live on your own and still put away twenty-two hundred dollars. (Mm)

How much money do you think you will make at the peak of your career?

How much money do you think you need to make your dreams come true?

Happiness Class One of Yale University’s Most Popular Ever

This is the quiz for "Life & Money". Good luck. 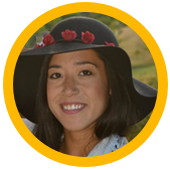 Continue practicing your English fluency with the related posts above, or navigate to other authentic conversations using the Previous and Next buttons below.
← Previous: Removing Guns Next: Cardiff 2 →
← Removing Guns Cardiff 2 →