What do you think of the word, “foreigner”?

José Cruz: Like, my kids say things like um, “I want to speak more English with foreigners.” You know there are plenty of foreigners that have absolutely no clue how to speak English. (Right) You know that. So it’s it’s a stereotyped generalization that I want them to learn to avoid. (Mm hm)) But it’s interesting to me that I’m coming to discover that Britsa slang word meaning “(a) British person/ people” (0:16) don’t seem to find any problem with it.

José: Who counts as a foreigner? Someone who wasn’t born in Britain, but have earned British citizenship. Does that count as a foreigner or is that a Brit?

Niall: Oh, I’ve never really thought about it like this before.

José: See that’s wh- that’s how we remove all of that from the Canadian (Mm hmm) discussion. Look, you’re a Canadian if you’ve got a Canadian passport (Right) or if you’re a landed immigrantan officially recognized permanent resident of Canada (0:50) you’re basically Canadian. (Right) If you’re not Canadian that’s fine, you’re I don’t know, you’re Moroccan, you’re Sri Lankan. That’s fine. But if you start pointing out to people that, “Well you weren’t born in Canada, so I can’t think of you as Canadian,” or, “you don’t hold a passport so you’re just all foreigners to me,” that’s where it started to get ugly so we just started to avoid the word.

Niall: See for me like, for me it’s not necessarily a word that I use like, fore- I don’t feel like I have the need to use it. Like I would just be like- If somebody asked me like, “Oh who is it?” I wouldn’t be like, “oh those foreigners”. I don’t know I just I just can’’t think of a context where I would actually use it and- I mean if if I was talking about somebody I would refer to them- or their talking about somebody’s nationality I would refer by their nationality or like what they’ve told me, you know.

José: Here’s a thought experiment for you. If you were sitting in your unia slang word meaning “university” (1:37) in Britain, and you saw a table of um Asians, (Mm hm) and they all seemed to be speaking an Asian language but some of them more easily than others (Right) but they were still using that language. Finish this sentence, “Oh look over there, there’s a table of ___ .“

Niall: Um, I don’t know what I would say.

José: Right you wouldn’t even think of it that way (No) You’d be thinking about “Oh gee I wonder where those people are from.” Where those PEOPLEtranscripts of written English use all caps for some words to indicate emphasis in the speaker’s voice (2:03) are from, (Yeah) right?

Niall: That would never ever come to mind. But then also (But in Japan) but also like I guess, because I’m I I don’t feel like a British pers- like (Ahh) I don’t necessarily associate with the UK that much then for me it’s like, I’m almost, I could almost be seen as a foreigner in (Exactly) the UK despite the fact that I’ve got a British accent and blah blah blah (Right) you know.

José: And I’m in the same boat where I’ve always thought of myself as Canadian, and to some rather, you know closed-minded Canadians, (Mm) they don’t immediately look at me as a Canadian until I explain myself. (Right) Then begrudgingly, “Yeah I guess you’re a Canadian,” (Mmm hm) kind of thing. But just- that was the best example. Um I don’t want topronounced, “WANNA” (2:43) say that just, because I brought it up but like, you and I would like at that table of people and think, “That’s a table of people,” (Mm hm) Japanese would look at that table and say, “Oh that’s a table of foreigners.” (Right I see) And that thought that they can’t be Japanese (Right) so they’re foreigners first before they’re people, (Uh huh) puts me off.

Niall: Yeah that’s, I mean yeah that’s that’s funny but then I mean people are a product of their social conditioning, aren’t they? (Exactly) So, so I mean at what- you know.

José: So I tell them (Yeah), look I know that you use it in innocence, (Mm hmm) so even I when I speak Japanese, I use that word, (Mm hmm) “gaijin” quite liberally (Mm) to refer even to myself. (Right) But that’s your language; me speaking your language, when you come to speak my language especially when you’re speaking it to somebody from my country (Right) please be careful. (Mm) Can’tJosé omits the subject of the sentence “You” (3:29) use it that way.

Niall: See like- see when you asked me that, Like I- when you asked me like about the concept of foreigner like I- (Mm) I can only think of it from a perspective of somebody who um, I’m the kind of person that I’m- the kind of perspective that I’m thinking about this notion is like a perspective of one of these Brits that’s kind of like, “Oh the blo- bloody foreigners in my country (Ha ha) like stealing our jobs and (And that’s) blah blah blah.” And that like…

José: And that’s exactly it. You know like um what is it uh, not UKIP… Ah um, Britain First Britain First or UKIP too to a degree, they’re pretty racist but uh (Like BNPPolitical organizations in the UK that are known for nationalistic and bigoted stances on social issues (3:53)) that kind of thinking…

Niall: I would imagine so.

José: Or other racist epithets.

Niall: Yeah uh yeah I mean, I would imagine so. (You know)

What makes a foreigner different from yourself?

How are foreigners considered in your country?

This is the quiz for "Foreigner". Good luck. 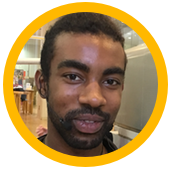