B.B. and José were discussing billionaires like the Koch brothers and Sheldon Adelson (they) and Donald Trump

José Cruz: They probably didn’t think uh they’d be able to get this much done, because they didn’t think Trump was going to be this scandalous. But it worked to their advantage, because they slid everything through. (Yup) So now, if, this is just an if, this is everything that they wanted to do, and they don’t need Trump anymore, I wonder what’s going to happen. Either they think, well, we didn’t think we’d get this much done fast. Let’s do some more things to make America horrible again or should we just abandon him, because you know we’ve gotten our ill-gotten gains, politically.

B.B. McCall: I think they keep him around.

José: I think so too, actually.

José: Because he likes it. (Yes) That’s to the advantage of the Koch brothers and Sheldon Adelson, and all of the oligarchs in American politics. He keeps their attention because he wants their attention, cool. We don’t want any attention. We just want to keep amassing money. And it makes me wonder too, what are these billionaires really thinking, Like, You know you- uh Don Henley, you like Don Henley? (No) You never heard of him? He’s a drummer for the Eagles. (Really) And he went on to a great solo career. And I love him because he’s such a great lyricist. Ah and also great songs. And I love the Eagles. But he uh, wrote this one song which had the lyrics, uh it- it went, “You don’t see no Hearses with luggage racks.” (Ha ha) What are you going to do with all this money. What is it? The top three billionaires in America- or some statistic like this- shocking statistic- top three billionaires in America have the equivalent wealth of the bottom half of the country.

José: So the bottom 160, 170 million people uh that amount of money is owned by the top three billionaires, (Yes) and you want more? What what what what what?

B.B.: It’s a point- it’s like points to them. It’s like racking up points in a game.

B.B.: Yeah pretty much. It’s just being- The more money they get the more valid they feel. So that’s like basically what it is. They they they’re not associated to money as a tool or something that they need to survive. They have enough money, lawyers, and whatever systems in place to keep them pretty happy. It’s just about this self validation.

José: It’s just amazing to me because like, at a certain point don’t you think, “maybe I should think about other people a little bit”.

B.B.: You’d think that, but why? (They don’t?) Why? it’s like why am I helping this person who made poor poor choices.

B.B.: That’s what they’re thinking about.

José: And I just- I’m not humblegbragging or I’m not- But like at least I think, I can be proud about myself in the sense I think about other people sometimes. I mean you know, yeah I look out for number one, but I think I hold the door open for people. (Yeah) Because I think they would probably like that. And it’s not really a lot of skin off my nose. And they don’t even want to do that? Or do they do that, and they think, well yeah, I’m just doing that to be civil, but when it comes to money…

If you were wealthy, would you be interested in politics?

What would you do if you were wealthy?

This is the quiz for "Billionaires". Good luck. 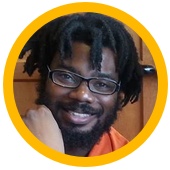 Continue practicing your English fluency with the related posts above, or navigate to other authentic conversations using the Previous and Next buttons below.
← Previous: Coming Home Next: 20 Years →
← Coming Home 20 Years →