Was anyone ever mean to you when you were little?

Ayumi and José were having a conversation about how she came to Japan as a little girl.

Ayumi: No, you know the grade uh 3 (Yeah) there’s uh not much kanji.

Ayumi: The more Hiragana and Katakana.

Ayumi: At China you know more because…

José: Oh way more, because everything (Yeah everything) is in kanji.

Ayumi: Yeah right. So um, at the time I couldn’t like uh, read a book. I just you know the- listen, listen carefully and then learn um from um you know, the the students around me.

José: Wow. Were they nice to you?

Ayumi: Some (Good) And some- I- I remember the- there’s a- there were one boy, was a really mean to me. (Oh) They just asked me- I- I couldn’t really understand what he said (Yeah) but I know he said, “Why you came to Japan? You’re Chinese. Go back.” You know, that that kind of things. And that was- that was really you know, mean to me. But that that caused the really big problem. (OK) Yeah, and then you know, the the president of the the school (Oh the principal) Oh! The principal. The principal you know shows up and uh brings this problem to the parents and then they yeah, and then they they came to like um, did apologize to me.

José: Well that’s great (Yeah yeah) So the the school defended you.

Ayumi: Yeah right, because there was- there’s only one Chinese- foreigner in the school at the time. (Yeah) Only me.

Ayumi: And the boy kicked me. (Aft-Aft-) I remember that.

José: After the apology?

Ayumi: No. Before. At the time.

José: So after the apology did- did anything else happen?

José: He already got told. He probably was surprised. Uh, little kids like that you know (Yeah) they um, they get those attitudes maybe from TV, or maybe from their older brother. (Right right right) They don’t really even understand what they’re saying.

Ayumi: And yeah- and you know the time, (1993) China was not that strong at this moment. (Hmm) You know like, the very from Japanese region the China is, mmph Chinese, you know the very like, lower than us.

Ayumi: But they didn’t notice.

José: They didn’t know it yet so. They didn’t really notice until about (Yeah right) 1994, 1995. So that means that probably Japan was still economically in second place behind America. And China was probably still like number seven (Oh still very) number eight.

Ayumi: No they’re lower than Ja- Japan. (Yeah yeah yeah) So the Japanese people uh put them like, really upper you know. So they they think, “Oh, you Chinese were poor country and then you know the…”

José: And then there’s the whole history of China and Japan, you know. (Right right) And all of that you know, but still you know he’s just a little kid and he stopped after that.

Ayumi: Oh, of course. (So that) Of course. I forgave him, you know a (You probably don’t) long time ago.

José: Do you remember his name?

Ayumi: Of course and after that uh it’s by- um I can it’s by coincidence we met at a junior high school (No way) Yes!

José: And how was he to you?

Ayumi: Um and then I- he, he apologized again to me. (Good good) He was a good boy. (Good yeah yeah) You know he, he was a- just little boy you know at the time. (Sure sure) So we we became a good friend (Oh that’s) after that.

Do schools do enough to defend their students from bullying?

What would you do if you saw a child bullying another over their nationality?

Half of Young Teenagers Face Bullying

This is the quiz for "A Good Boy". Good luck. 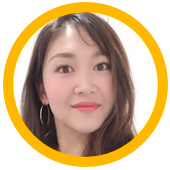