Is working for free a good idea?

José Cruz: Have you ever done anything like volunteer work?

Zen Yukin: Uh volunteer work? (Mm hmm) I, I tried, I tried one time not a teacher, not as a teacher, (Mm hmm) but I, I did like an assistant (Mm hmm) of teacher to um translate Japanese into Chinese. (Good) And yeah.

José: So you should take as many opportunities even in Japan, uh especially because you can speak Chinese and Japanese (Mmm) to- to do volunteer work, maybe for Chinese people. (Uh) In Japan maybe maybe?

José: But volunteer work is is a big thing. That’s why I wanted to show that to my students that you know- I don’t think volunteerism is as important in Japan as it is in in- in America or Canada. The idea of volunteer- It’s not as- it’s not the same idea, (Oh) I don’t think. But what about China?

José: Do you remember? What’s volunteer work like in China?

José: Now if you could do that um, in Japan. (Ah) If you find like, I don’t know, a daycare (Uh huh) or some people in your neighbourhood that have some children that need (Uh huh) to, that need to be taken care of and you find an old person’s home and you do that by yourself. You make a program like that by yourself. And you can put that on your, (Ha ha ha) on your on your application for a job. They go, “Wow! you organized that!” That’s- It shows you have organization skills, you have dreams, and you can put things together.

What are some other benefits of volunteering?

What kind of volunteer work would like to try?

This is the quiz for "Volunteering". Good luck. 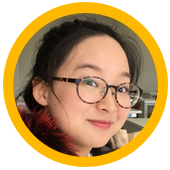