What do you know about Wales?

José Cruz: So you went to Cardiff. (Yup) How was that?

Karen Ban: I really liked the city, yeah. Cardiff City. (Mm hmm) People are really lovely. And the weather- normally people say that British weather is awful, but for me it was really good. It’s not too hot, and not too cold maybe.

José: OK I would say today is like really cloudy and grey. (Yeah) What do you- what do you call this weather? This is good, or this is grey and cloudy?

José: OK so I guess that’s why there- that makes sense why you thought Cardiff weather wasn’t, was- wasn’t awful. Uh because that’s what I hear. I’ve never been to Britain but (Oh) that’s what I hear. British weather is so terrible. (Aww) Have you ever been to Vancouver? (No) OK because British people love Vancouver (Mm) because it’s so similar to British weather. (Really) Well when I lived there, there’s climate change now, but when I lived there, um British people go “We love it here. It’s just so lovely and so similar to British weather” And and I thought, OK, so I guess this is what British weather is like. Anyway so keep going. So you loved it. The weather was nice.

Karen: And the food! Japan- many Japanese say that British weather is just terrible, but it was really nice, and then I always like to eat, so I always think. (Japanese food) No no British food.

José: Oh I thought (Sorry sorry) you said like there was great Japanese food in in inan example of repeating as opposed to using filler words (1:23) Cardiff. (No) Oh OK. (No British food) Really? (Yeah) Because there were two things that people usually complain about (What) when it comes to Britain. One is the weather. two is the food.

Karen: Yeah but I thought maybe that was like, when you go to the pub, there’s a wri- many like ketchup, mustard (Co- condiments) Yeah condiments. and then maybe many people don’t- from foreign countries don’t use that ketchup or condiments, maybe? So that’s why- (Maybe) because without those condiments there’s no taste (I-) That’s why, partially, I think.

José: Could- could be. Could be, um. (Yeah) Good food tho’ (He he) shouldn’t need condiments.

José: If you’re making a good steak. You don’t want to put ketchup on the steak. (Yeah) That’s- if if if your father made you a really good meal, (Mm) and then you put ketchup all over his food…

Do you like to put a lot of condiments on your food?

Ketchup: An American Condiment with an Asian Connection

This is the quiz for "Cardiff". Good luck. 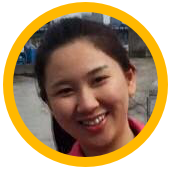 Continue practicing your English fluency with the related posts above, or navigate to other authentic conversations using the Previous and Next buttons below.
← Previous: Life Goals Next: Removing Guns →
← Life Goals Removing Guns →