Are you “left” or “right” in your politics?

José Cruz: Your country’s in the news a lot these days, too. At least maybe I’m watching too much American news but it seems to it’s um, a lot of things are changing in America these days.

Albert Moe: Oh yeah, The United States has got their nose stuckan expression meaning “to interfere” (0:08) into just about everything there is.

José: I um, I do notice tho’ that uh, one place where I wish America would do uh more uh, or I- up to now I have wished America would do more is something that I saw some good news about recently.

Albert: And what is that?

José: Um uh, climate change. Uh, the Obama administration finally decided to act alone and bring in some legislation to try and change um, a a pretty pressing problem.

Albert: Well President Obama doesn’t have any choice but to act alone because of this “Tea Party” that they have in that country which blocks almost everything that he tries to do or the Democratic party tries to do, so as a result he has no choice but to act in his own capacity.

José: Um, this Tea Party. I mean- we could talk about that for a bit. This Tea Party, I don’t know if a lot of people from other countries know exactly what’s going with it. Do you think you can, you can handle a quick explanation of what it’s all about? For Americans obviously, it’s it’s, it’s well known but I think a lot of people don’t really understand how much effect it has on on American politics these days.

Albert: Well the only thing that I could comment on in regards to the Tea Party -I’m not an expert either, but they are right-wing, so-called Republican Party that founded under the “hospicesAlbert wasn’t sure if this was the right word to use so he inflects it upward as if asking a question. Actually he was looking for the word, 'auspices'. (1:44)” of the Reagan Administration and it’s a holdover from that time. They probably, outside of President Bush, are the worst thing that ever happened to the United States.

José: Haha. You- you’re sure you’re not being just partisan when you say stuff like that?

Albert: I- I’m not sure that I’m not being partisan. Perhaps I am being partisan because I am a Democrat, yes, and probably tend to lean- well not to the left, but definitely to the middle. I am from the old Republican days. I was once a Republican, yes.

José: You were a Republican?

Albert: I was once a Republican.

José: But you’re a Democrat- you lean towards the centre part of (Now) politics these days.

Albert: Exactly. I lean towards the centre, completely opposite of what this Tea Party group is trying to accomplish -or not accomplish. Their goal is not to vote for anything that the Obama administration brings up.

Albert: Just that, that they are they’re- they will block anything that is brought before the House. (Mm-hmm now you’re) It’s it’s actually, it’s actually worse than during the time of President Johnson when the Republicans were doing all of the filibustering and not allowing him to pass the Bill of Rights, but he was able to work with the Republican Party at that time. So they still were a party for the nation. They were the party of Abraham Lincoln. (Mm-hmm) Today, I don’t know really know what their true agenda is. It’s seems almost as if they are out to, hmm,

Albert: Well, I wouldn’t want to say destroy the country, but to bring back a severe Christian philosophy (Mmm) – extremist, extremism (Mm-hmm, mm-hmm). That that’s my opinion of what they’re trying to do. (Mm-hmm, mm-hmm OK)

DISCUSSION Do you think there is any value in following politics?

Can you find all the different English problems in the signs above? There are eight in total.

We don’t have any pointers for this conversation, but if you have a question, please ask in the ‘Comments’ below. We might use your question as the basis for a future pointer.
Original VOA article: “Mainstream Republicans Defeat Tea Party, For Now”

This is the quiz for "The American Tea Party". Good luck.

Albert: . I lean towards the centre...

Albert: And is that?

4. According to Albert Moe, when was the Tea Party founded? 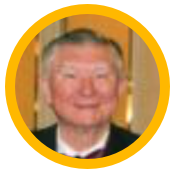 Continue practicing your English fluency with the related posts above, or navigate to other authentic conversations using the Previous and Next buttons below.
← Previous: Buying a House Next: Soda →
← Buying a House Soda →